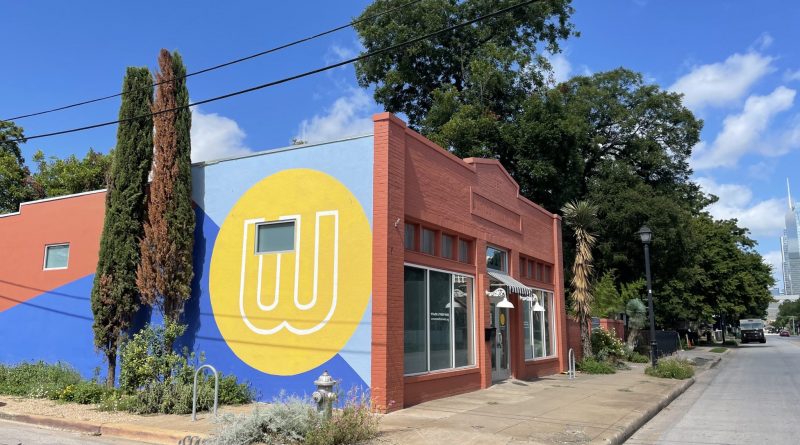 Elegant and subversive — two words that come to mind with Women & Their Work’s “We Know Who We Are. We Know What We Want.”

“Isn’t that the way to do it though?” sighs curator Vicki Meek. “Seduce people, so that they don’t even know they’re being seduced?”

The inaugural exhibition features nine Texas female artists, working across a kinetic panorama of mediums, cultures, and perspectives. It is a fitting opener for the longtime nonprofit’s new, and first, permanent home at 1311 E. Cesar Chavez Street. And the way things are going, the show is timely, too.

“I wanted to have a conversation around the whole notion of feminism and how fluid that is, depending on who’s looking at it,” says Meek, an artist and longtime ally of the gallery. “I also wanted to look at humanism. Because of the pandemic, we’re seeing a worldwide investigation of what has happened to us.”

What has happened to us, she believes, is a decades-in-the-making disconnect. COVID was the coup de gras. Her curatorial choices reflect these times, but also her camaraderie with these artists. That elegant, subversive quality falls right in line with Meek’s own style and approach, which she describes as having evolved from the overtly political to something more spiritual earlier in life.

“It sounds so corny but it’s true, my children humanized me in such a way that it really did become more important to get more flies with honey.”

Meek is Art League Houston’s 2021 Texas Artist of the Year, an award given annually by the organization, which is now in its 38th year. Vicki is the first Black female to receive this honor, and at 70, she is proud to be hitting her “mid-career” stride. Since retiring from the South Dallas Cultural Center in 2016, Meek has devoted herself strictly to her art. As part of her award, a solo exhibition of her work will be featured at ALH this fall.

“I don’t usually do personal work, but this Houston show is very personal. It’s called ‘The Journey To Me’ and it’s an examination of how I developed as a Black woman artist in America.”

Meek is a Philadelphia native who lived and worked in the Northeast before moving to Dallas in 1980 — a decision that allowed her to blossom as both an artist and art advocate:

“It’s so old and entrenched up there,” she tells me. “They welcomed new here.”

While Dallas is where she dug in as an arts administrator, Houston is where her art career took off. Since 1989, Meek’s interdisciplinary practice has focused on cultural memory and ancestral history. Her work has been shown throughout the U.S. and Texas, including Austin, and including Women & Their Work, where she had a solo exhibition in 1999.

This inaugural show not only assembles a group of female artists Meek admires, but that she has worked with, or shown with herself. A culminating sweet spot, where expertise, experience, and intuition have come together in a way that might best be described as feminist feng shui.

First off, the new Women & Their Work locale is an exquisite art space: lots of light, lots of air. Though originally a grocery, the place was destined to be a gallery. Dating back to 1890, the building has an open-floor plan, a storefront setup, and luminous windows looking out onto a quiet courtyard. Everything is laid out with such poise that it’s tempting to step back and simply admire the ambiance.

Three large-scale metal sculptures bloom as petticoats along the gallery’s back wall. They belong to Naomi Wanjuki Gakunga, a Kenyan-born artist living and working in San Antonio, whose practice merges traditional building materials with conceptual notions of time and value. Gakunga often works with galvanized sheet metal similar to the “mabati” Kikuyu women used to create roofing and collect rainwater in their villages. A symbol of collective know-how and industriousness, the corrugated metal has been shaped by the artist in such a way that instead recalls the pleated skirts worn by British women in Kenya during colonial rule.

Along the courtyard windows, six textile panels softly catch sunlight as their images mysteriously fade in and out from view. Minarets, a mosque, Arabic writing are easily identifiable, yet other outlines disintegrate into the vaguely unfamiliar. Artist Rehab El Sedak calls this installation “The Outsider” (2019), its material an unbleached gauze, which has been used to enshroud the dead for thousands of years in Egypt. El Sedak, who splits her time between Austin and Alexandria, says she combines light and shadow to access memory and history “through personal past and the ancient world.”

Houston-based artist Lovie Olivia has assembled four “profiles” of women stuck in a system that consumes case numbers, categories, and impersonal diagnostics. Each portrait is a bureaucratic mille-feuille of carefully layered clippings and notes, contained within a manila folder. Silhouettes emerge from these delicate cutouts, as in the quiet cameo brooch of “Case 66” (2018).

“This body of work is based on Lovie’s experience growing up in the welfare system,” says Meek, “the way in which women get filed away.”

Dr. Lauren Cross’ installations involve a similar archival process. An artist and scholar, Cross investigates her own family’s traditions and Southern cultural roots to trace deeper lineal themes of Black identity. In “Daisy’s Casual Corner” (2015-2021), Cross has looked to her late grandmother, Mrs. Daisy Mae Harper Lucas, for fashion trends (various scarf-tying techniques) that blended beauty, femininity, and creativity in her day, when dressing up for church and other community engagements.

Nida Bangash’s video installation features the artist propped on her hands and knees in tabletop position, supporting a bench and a man, also in tabletop, upon her back. Bangash, who was born in Iran and raised in Pakistan, has evoked an unspoken reality for many women, who must support a structure which doesn’t always support them. The weight does not crush her, however; instead, she has learned to balance what is asked of her in “The Bridge Called My Back” (2017).

“I was trying to create conversations around how we, as American women, are quick to talk about the subjugation of so-called third world country women when here we are, fighting for rights we thought we had,” shares Meek. “That’s the overarching conversation we’re having about feminism and its fluidity — depending on your circumstances.”

Lahib Jaddo’s wood burning portraits and paintings also depict the various roles of women in family and home life. Her soft sculptural forms employ stunning colors, fabrics, and beading to create work that is both inviting and nostalgic for the cultural connections she left behind in Iraq and Lebanon before moving to the U.S. at age 22. Her subject matter, vibrant and at times sensual, is a far cry from the black burqas which, in the West, have come to symbolize the oppression of all Muslim women.

Angela Faz, the exhibition’s youngest artist, pays homage to “abuelas” (grandmothers) and caregivers, often unpaid and undervalued for their invaluable work: “Visible Labor” (2021) combines an old-fashioned apron with a bright orange construction vest, suspended from a rope ladder. The vest is proudly on display, but possibly in danger, clothes-pinned to those dangling yellow rungs seeming to climb up and out of the gallery like a rescue operation.

Pat Johnson’s clay sculptures add a dash of drollness to the show’s aesthetic discourse. The Fayetteville resident has created two terracotta totems — a rabbit and a clown — playing out buffoonish scenarios with one another. One, at the cost of the environment — “The Clown cuts down a tree. Rabbit can’t stop him” (2020) — another, the cost of an election — “The Clown hates birds. Birds love rabbit” (2020). The sing-song children’s book tenor belies any real danger… even if that orange clown character looks awfully familiar.

Pallavi Govindnathan’s “Perennial Annal” (2021) is a 12-part video installation, exploring the timeless taboo of menstruation across societies. The Indian-born filmmaker uses suspense, satire, and, at times, scary lighting to create a horror film of sorts. Bloody? Yes. Harrowing strings play in the background before switching to a sped-up sepia sex scene straight out of the silent film era. Cut to a pair of hands rinsing and wringing a stained white washcloth in a sink guarded by a bottle of bleach. Caustic chemicals eliminate the stain, but at what cost?

“We Know Who We Are. We Know What We Want” is a reversible raincoat of elegant and subversive. Subtle control and all-out subjugation could be the difference between having an escape ladder or not. Stronger than sheet metal and separated by something thinner than gauze.

As for the show’s title? It was Meek’s idea.

“I thought about using a quote from a woman back in the day, but I wanted to talk about who these women are. Every last one of them is crystal clear on what they’re doing and what their placement is in this world.”

“We Know Who We Are. We Know What We Want” is on view through Sept. 21 at Women & Their Work, womenandtheirwork.org 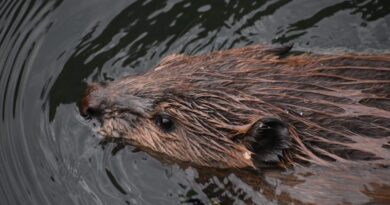 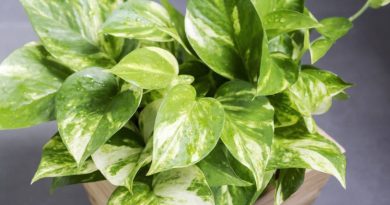 Bring this plant home for prosperity and luck 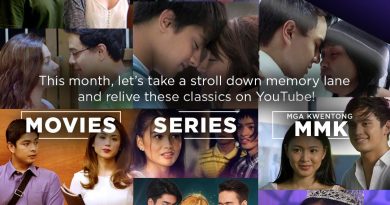