New Zealand news is replete with heartfelt articles foregrounding the agony of residents standing bravely in opposition to new housing developments (such as, most recently, this in Christchurch and this in Auckland). But what if the stories were told from another point of view? Hayden Donnell gives it a go.

Residents set to move into new townhouses on Mersey St in Christchurch thought they had it all. The street is 15 minutes from the city centre on public transport, and within walking distance of the botanic gardens. Despite its central location, properties are selling for just over $500,000. Buyers saw an opportunity to get a warm, dry home without selling one of their internal organs, in an area where they didn’t have to pack a week’s worth of supplies before setting out on their commute.

But for the townhouse residents, buying a dream home has turned into a nightmare. They’re worried their supposed character suburb is becoming a “sadsack jungle”. The leafy streetscape is increasingly filled with dense clusters of grey, characterless figures glowering at the changing world. These masses of negative energy are loudly opposing housing during a housing crisis, on the basis that they don’t want to look at it. Residents can’t head out on a morning walk without seeing a cluster of sullen people being photographed with their arms crossed for the local paper.

Christchurch City Council is only making the issue worse. It has not only tolerated these groups’ shoddily designed opinions, but actively encouraged them, elevating their complaints to the full council’s agenda, where they’ll be heard by a mayor who has described allowing new housing in cities as an Auckland thing.

The issue isn’t confined to Christchurch. In the Auckland suburb of Mt Wellington, potential residents of compact townhouses on Ruawai Rd are worried about housing protesters lowering the tone of their neighbourhood. It’s hard for them to look down the street without encountering a dour local who thinks that the council should only allow buildings that are either invisible or already 100 years old. “It’s cheap, rotten housing,” the Herald reports one of the protesters as saying. “I’ve had to put up new blinds,” says another. These townhouse opponents may see the benefits of addressing Auckland’s chronic housing shortage, but would like the council to prioritise making it illegal to build anything they don’t like. The character of Mersey St and Ruawai Rd may have been marred, but they could still be saved. The same can’t be said of Wellington. The entire capital city is overrun by marauding brigades of grim greybeards who think housing should mainly happen in places where no-one wants to live.

This situation is exacerbated by news reports siding with these suburb-tarnishing groups. Stuff, the Herald, and other media networks regularly survey Aoteroa’s rising rents, spiralling property prices, and increasing cost of living, and decide the most notable thing about new housing developments is that they’ll run counter to some people’s sense of urban feng shui.

Social media sites are cluttered with the same visual graffiti. “It sucks,” the Herald reported its new commentator “Facebook user” as saying, in reference to new houses being built anywhere. That comment is in keeping with the tenor of many local Facebook community pages, where a typical correspondent might say that while they’re not in favour of homelessness or people living in cars, that’s a sacrifice they’re willing to make if it means not having to see houses. Still more say they understand the need for change, but argue it needs to happen without things actually changing.

These are cheap, rotten opinions, and they’re ruining the character of our cities.  New Zealand has a shortage of about 100,000 houses. A lack of supply is the key factor driving our housing crisis. Land prices have risen 73% faster than incomes since 1973. In Auckland, houses cost 10 times the median income. They’re deemed “severely unaffordable” when that multiple reaches five, so the current market would more appropriately be defined as “hell itself”. In Wellington, it’s only a matter of time before Quinovic rents out one of the city’s burst wastewater pipes as a “snug, basement hideaway”.

The cost of building the kind of housing going up on Mersey St or Ruawai Rd is measured in glum onlookers turning up their noses and saying “it’s not really art”. The cost of failing to build it is measured in people living in cars, competing to pay exorbitant amounts to rent barely habitable shacks, and giving up on their hopes to own a home.  The idea that the former outweighs the latter is one of the most offensive constructions around.

Aspiring homeowners in places like Ruawai Rd or Mersey St are fed up with these poorly designed, joyless naysayers destroying the amenity of their local areas. They get some people won’t like new housing. They even understand the need for those people to be given basic human rights, including the right to shelter. But they can’t understand why they’re allowed to live in places like their leafy neighbourhoods, which are otherwise filled with character and potential. They want these people to find another suburb, and if they’re rejected there, to move onto the suburb, and then another, until they finally get to somewhere that will happily accept them, somewhere invisible, somewhere that doesn’t actually exist. “I get that they need a place to live,” a townhouse resident says. “Just not in my backyard.”

The Spinoff Daily gets you all the day’s best reading in one handy package, fresh to your inbox Monday-Friday at 5pm. 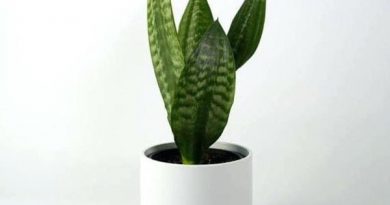 Vastu Tips: Do these special measures to always keep positivity in the car