A TYPICAL DAY on a South Korean mountain starts much like a typical day in a South Korean office: with a subway journey. At a station in southern Seoul, scores of people emerge into the crisp dawn air carrying backpacks and hiking sticks, and walk towards a long row of coaches. Kim Sun-hui, an efficient woman in wire-rimmed glasses and a red woolly hat, checks names against a list next to the bus chartered by “Wanderung”, a club named after the German word for hike. Soon Mr Park, the driver, closes the doors. The bus trundles past high-rise apartment blocks before turning east towards Seoraksan, the country’s favourite national park, some 200km (124 miles) away.

Hiking is South Korea’s most popular pastime. Two-thirds of its citizens own a pair of hiking boots and tackle a mountain at least once a year; nearly a third go once a month. In 2018 they spent $2.3bn on hiking gear, more than on cinema tickets or cosmetics. The country’s 22 national parks welcome around 45m visitors every year. During holidays, newspapers print pictures of long queues of people waiting to take photographs next to the national flag that marks many peaks.

Ask a South Korean about the allure of mountains and you are soon deep into nationalist mysticism. “We like to think of ourselves as descendants of the mountain god,” says Choi Won-suk, who directs the centre for mountains and culture at Gyeongsang National University in Jinju. Dangun, the mythical founder of Korea, is said to have been born on the slopes of Mount Paektu, on the border between China and North Korea. He was the son of the sky god and a bear who became a woman after subsisting for weeks on garlic in a cave. The mountain features in the national anthems of both North and South Korea.

A simpler explanation is that going hiking is easy. South Korean mountains are not too high: the tallest peak, Hallasan, is just short of 2,000 metres. And they are everywhere. Unlike in Europe or America, few people live more than an hour or two from one of the 18 “mountainous” national parks. Seoul, where half the population lives, contains several mountains that can be conquered during a long lunch break. “It’s just a very obvious thing to do in your spare time,” says Park Mi-suk, who teaches at a mountaineering school on the slopes of Bukhansan, just north of the capital.

The country got its national parks in a hurry. The first, in Jirisan, was designated only in 1967. By the end of the 1980s South Korea had protected more than 6,000 square km, amounting to 6% of its land area. It was inspired by America’s national parks, and advised by American experts. The two countries continue to co-operate on signage, nature preservation and safety. But South Korea has developed a hiking culture quite unlike the American (or the European) one.

The coach that Ms Kim and Mr Park are piloting to Seoraksan (snow mountain) hints at some of the differences. The mostly middle-aged men and women snoring lightly on board have signed up through an online forum, where hikers swap tips on logistics, equipment and routes. Many South Koreans are members of hiking clubs, or book places on coach tours to get to the mountains. On the footpaths, you see large groups of people more often than families or lone hikers.

That could be a legacy of military rule. Park Chung-hee, the strongman who ruled South Korea in the 1960s and 1970s, encouraged conglomerates to push their employees out onto the trails as a community-building activity. He also insisted on military drills not unlike those still practised north of the border. Corporate culture has become a little more relaxed since then, although an ambitious executive may still find it expedient to scale the occasional mountain with the boss.

A culture of long working hours and short holidays encourages efficient hiking. Mountain paths tend to head directly for the summit, and rarely feature the switchback turns seen in other countries. South Korea has a whole infrastructure designed to get stressed leisure-seekers to, up and back down the mountains as speedily as possible. The plan on Ms Kim’s bus, which sounds distinctly ambitious to anyone used to a more leisurely pace, is for the hikers to tackle Seoraksan’s highest peak before it gets dark and return to Seoul well before the last subway train heads for the suburbs.

Some mountain enthusiasts disapprove of this approach. “A lot of people only care about getting to the top and down again as quickly as possible,” says Ms Park, the hiking instructor. “That’s not really the point.” Ms Park, who abandoned a career as a nursery teacher to teach people about mountains, thinks that people should pause to take in the surroundings. “For me, mountains are about contentment—I’ve had so many hobbies, but whenever I look back at pictures of myself on a mountain I just look happy.”

Mr Choi, the geographer, concurs that the focus on reaching the top is misguided. “It’s a very modern thing, this haste and competitiveness,” he told your correspondent on another, more gentle hike up a small mountain overlooking Jinju. “Mountains are intertwined with life, including at the end,” he explained, as he pointed out small mounds of graves lining the path. Mr Choi argues that the desire to rush uphill was imported to South Korea by Japanese colonisers—who, in turn, got it from the West.

He harks back to centuries-old conceptions of the hills as spiritual places, home to hermits and mountain spirits. To him, they are places to work towards pungsu, a traditional Korean system of thought close to the Chinese idea of feng shui, which stresses harmonising people with their environment. In the past, he says, climbing mountains was about finding harmony with nature and reflecting on your own shortcomings. “It’s not about getting up to the top and winning but about looking up to the top thinking, I’m not there yet. I need to grow more.”

More than four hours and several traffic jams into the journey to Seoraksan, some of the passengers on Ms Kim’s bus seem to be reaching similar conclusions. As midday approaches, the plan to reach the summit and return to the bus before sunset is beginning to seem foolhardy. The mood on board has darkened. Voices are raised. But the delay does not prompt anyone to reconsider. When Mr Park at last pulls up at the pass where the hike begins, people rush for the door and jog towards the stairs that lead up the mountain.

The stairs hint at what is to come. For the first couple of hours, the path climbs steeply towards a granite ridge, now hidden in clouds, now gleaming in the sunshine. A stiff breeze blows, prompting hikers to zip up their jackets. The leaves on the trees have begun to turn deep shades of red and orange. The higher the path climbs, the easier it becomes to forget how steep it is. With every turn, the views over the peaks grow more spectacular.

It was views like this, along with his dislike of the rat race, that prompted 65-year-old Cho Myung-hwan to quit his job as a computer salesman to spend his time hiking and taking pictures of mountains, trees and flowers. “You know that feeling when you’re tired and restless and there are all of these people in front of you—and then you catch sight of the view,” he says. After quitting his job, Mr Cho lost touch with many friends. His wife, who disapproved of his decision, has grown fed up with accompanying him on his hikes. He says he does not mind: “I’ve never been very sociable, and I enjoy just being with the mountain.”

As the hikers climb Seoraksan, the crush of people disperses. Soon whole stretches of the trail are deserted. “It opens my heart coming up here,” says Go Eun-mi, an accountant from Suwon who is hiking with her husband. “You can forget things in the mountains, particularly now during the pandemic.”

Farther up on the ridge, a group of men are sitting under a tree eating lunch. They have brought miniature folding chairs, beef jerky and tangerines, which they offer around. Lee Jun-gyu, a video editor, aims to climb as many peaks as possible in the Paektu mountain range that runs through the Koreas like a spine. “Hiking the range is bound up with my hopes for reunification,” he says.

As the afternoon wears on and the wind picks up, it becomes clear that the plan to reach the peak was indeed overambitious for many of Mr Park’s passengers. Having turned around at various points along the ridge, they trickle back down the mountain in the waning light. Your correspondent calls time on her ascent at a jagged rock about halfway to the peak (she later returned to conquer it). She catches a glimpse of the sea, the dome of an observatory and what look like radio towers—a reminder of the other Korea just a few miles to the north. On the way down, the sweeping views are obscured by fog. She stumbles down the final set of stairs to the car park as darkness falls.

A long, cold hour later, Mr Park’s bus appears, carrying the hardy souls who managed to rush all the way to the top of the mountain. On the way back to Seoul the mood is jolly, helped along by swigs of makgeolli, a local rice wine that some hikers are sipping surreptitiously. When a suspicious whiff of orange peel begins to mingle with the smell of sweaty boots, Ms Kim intervenes: “Stop eating, and put your masks back on.” 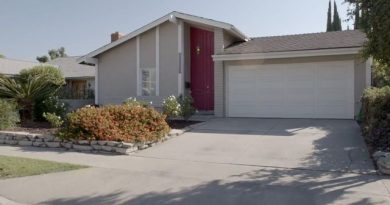 The Design Move They’d Never Do in Their Own Homes