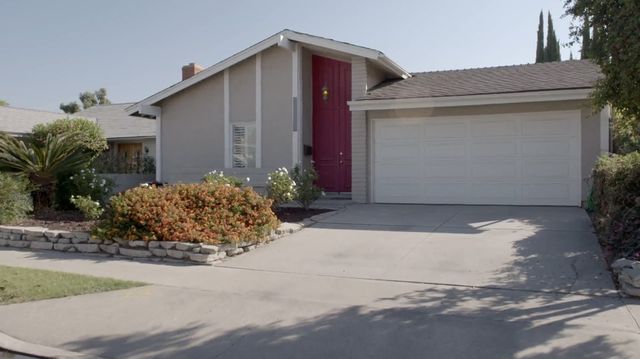 Drew and Jonathan Scott always want to make sure their clients feel as comfortable as possible in their house, but in the latest “Property Brothers: Forever Home,” they have to go outside their own comfort zone to make that happen.

In the Season 4 episode “Go With the Flow,” the brothers meet with Florence and Humberto, a married couple who have spent 20 years in their 1970s home in Los Angeles. Armed with a healthy renovation budget of $110,000, they want to update their house using the ancient Chinese practice of feng shui. This includes making some design choices that the brothers admit they wouldn’t necessarily do in their own home.

Here’s how Drew and Jonathan give this home great flow and calm vibes, with plenty of take-home lessons that might inspire you, too.

Make sure your front door is wide enough for easy entry

When it comes to the front door, Florence and Humberto have a small problem. Their doorway is larger than a typical entry, allowing space for two 30-inch doors instead of one typical 36-inch door. However, the couple really use only one of the double doors, which means it can be tricky to carry their stuff in and out of the home.

The brothers decide to replace the double doors with one average-size door, plus a stylish window on the side.

“Imagine the luxury of being able to walk in with your hands full of groceries and not have to turn sideways,” Drew says.

To sweeten the deal, they give this new door a dark stain that looks sleeker than the original red. Not only does the new entryway function better, but it also gives the home more curb appeal.

Drew and Jonathan work wonders on the entryway, but that doesn’t mean their door problems are over.

Between the living room and kitchen is a pocket door that gives guests a straight view from the front door to the back bedroom window. This, Florence explains, is bad feng shui.

“Feng shui is meant to bring more harmony and a peaceful feeling over the house, and give a sense that everything is where it should be,” Florence explains.

Drew consults with feng shui expert Laura Cerrano, who points out that energy should be able to move around a home, and this door inhibits that flow.

Drew and Jonathan suggest taking out the entire wall and doing away with the door in the process, but Florence and Humberto decide against it, saying they want to keep the wall to give the living spaces some separation. This way, the parents and the kids can have their own hangout spaces.

Drew and Jonathan are happy to give the family the separate spaces that they want, but they point out that it’s not the layout they’d choose for their own homes.

“Humberto and Florence want to keep this wall a little bit closed off,” Jonathan says. “If you and I were doing this for one of our projects—fully open.”

The take-home lesson here is that there’s no one right way to design a house. Some homeowners will want an open layout, while others may prefer walls and privacy.

A fireplace deserves a hefty mantel

When Drew and Jonathan first see this home’s fireplace, they seem to be at odds. Jonathan likes the unique style of brick, but Drew is distracted by the skinny mantel.

“It’s like the string bikini of mantels—the brick is so chunky and then you have this tiny little mantel,” Drew says.

So Jonathan chooses a chunkier wood mantel that will look great in the space.

“The more I learn about feng shui, the more interesting it is and the more I want to learn,” Jonathan says. “You look at wood, for example. Apparently it promotes trust and spirituality and growth, and these are all positives. So I want to put as many positives into this house as I can.”

Plank hardwood flooring is worth the investment

The floors in this house have looked dated for a long time, but Florence and Humberto haven’t been able to decide on a suitable replacement.

“That’s why we have 20-year-old carpet, because we cannot make decisions,” Humberto says.

The Scott brothers know that no matter what, they’ll need to rip up the 1990s vinyl in the kitchen and the old carpet in the living room. When that happens, Jonathan is disappointed to find asbestos tile under the carpet. Removing this dangerous material costs $2,500, but it’s a necessary expense.

With the old flooring gone, Jonathan chooses a light hardwood for good feng shui. And while these new floors cost a whopping $10,700, they look fantastic.

“Plank hardwood flooring throughout will not only make this house feel bigger and brighter, but unlike the other stuff, it will also age beautifully,” Jonathan says.

Florence and Humberto’s kitchen is original to the 1970s house, and while this family has certainly gotten some good use out of these old cabinets, the limited storage space has become a problem. So the brothers decide to rip out those dated cabinets and put in new ones.

“Florence loves to cook, but that old, old kitchen just had zero prep space, and honestly, it was on its last legs,” Jonathan says. “Even though the space isn’t completely open concept, with all this functional storage that I’m giving them and a peninsula, this kitchen will be life-changing.”

However, during installation Jonathan sees that these new cabinets won’t fit as well as he thought. He wants the sink to go under the window, but when that change is made, it brings up other layout questions.

“I was going to have the dishwasher originally on the left, but it doesn’t put the sink exactly where I want it,” Jonathan says. “And also, I think it would be nice if the recycling was on the left. People in the living room don’t have to go all the way through into the kitchen in order to toss something away.”

Putting the kitchen together is like a big puzzle. Still, Jonathan’s concern shows just how much goes into redesigning a kitchen. Storage is important, but it’s also crucial to consider how the kitchen will be used every day.

Desk Feng Shui: 4 steps to bring balance to your workspace 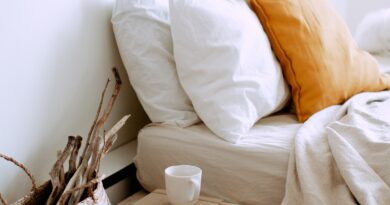