It was a tough call and I really had to steel my nerves, but I finally got up the courage to fire myself from cleaning my house. Not only did I catch myself drinking heavily on the job, raiding the pantry to sneak biscuits every five minutes and cutting corners (does anyone ever really look under rugs?) but I had a lousy attitude. I was surly and resentful. I couldn’t help complaining that the suffragettes weren’t force-fed in prison for me to spend my life de-moulding shower grout.

Locked up in lockdown, I’ve developed a chronic case of Stuckhausen Syndrome as, stuck in the house, the grinding groundhog-day repetition of housework numbed my brain. Although, perhaps it’s just that I inhaled too much bleach? Maybe that’s what domestic goddesses really mean when they effuse about getting “high on housework”?

What else can explain those women who are espousing Marie Kondo’s decluttering credo, feng shui-ing their auras and cutlery drawers and striving for the title of “Queen of Clean”? I’m working up the opposite manifesto, sorry woman-ifesto. Namely – to get in touch with my Inner Slattern.

A domestic slattern does not clean up for the cleaner – surely one of life’s most pointless exercises. Nor does she bother separating the whites from the coloured wash. We leave roasting pans to soak – for months. We don’t care if friends drop in to find a Pyrenees-high pile of plates in the sink growing fur, or a bacteria colony breeding beneath the coffee table, capable of devouring a toddler. It doesn’t faze us when those long-forgotten hot dogs discovered in the microwave savage an unsuspecting guest.

Does a bloke’s guilt gland throb if his house looks like an SAS training ground? No. He just ignites a candle – keep the lights low and nobody notices that your carpet has composted. Since I sacked myself from cleaning my own house, oh, the time I’ve saved! I have so many extra hours for reading, dancing, hobbies, making love …

I mean, who cares about a clean house when you’ve got a dirty mind? Of course smart fellas know that the ultimate aphrodisiac is a feather duster – a man who dusts really does tickle a woman’s fancy. But in general, a woman’s work is never done – not by your average bloke anyway.

In China, a woman has just received almost $10,000 in a divorce settlement for five years of “unpaid labour”. The judge declared “dusting, hoovering, wiping and mopping” to be of “intangible value”. So, on top of alimony, she’s been awarded this lump sum for housework. Personally, I’d sum up this case by giving the judge a lump – on his head, for ruling that’s enough to compensate for five years of hard labour.

Worse still, women are not only expected to do the majority of the cooking and cleaning, but to look attractive while doing so. In Missouri, a Baptist pastor has just been placed on leave after telling women worshippers that they should look pretty, lose weight and submit to their husbands’ sexual desires if they want to stay married.

When will this crisis end and Feng Shui activation based on your current situation. 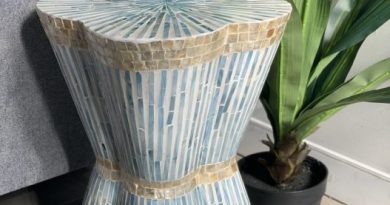 A guide on how to pick furniture for a more mindful, meditative home design